John Pappajohn emigrated from Greece at the age of nine months. He grew up in Mason City, Iowa. His father died when he was 16 years old…and it changed his world. He worked his way through college and alternated working and attending school with his brothers. It took him six years to get his degree. He attended Mason City Junior College (now North Iowa Area Community College) and then graduated with a BSC degree in business from the University of Iowa in 1952. He did not interview for a job. He wanted to own his own business. He established an insurance agency after graduation from college and subsequently organized and became Chairman of the Board of Guardsman Insurance Investors, a public insurance holding company that owned Guardsman Life. 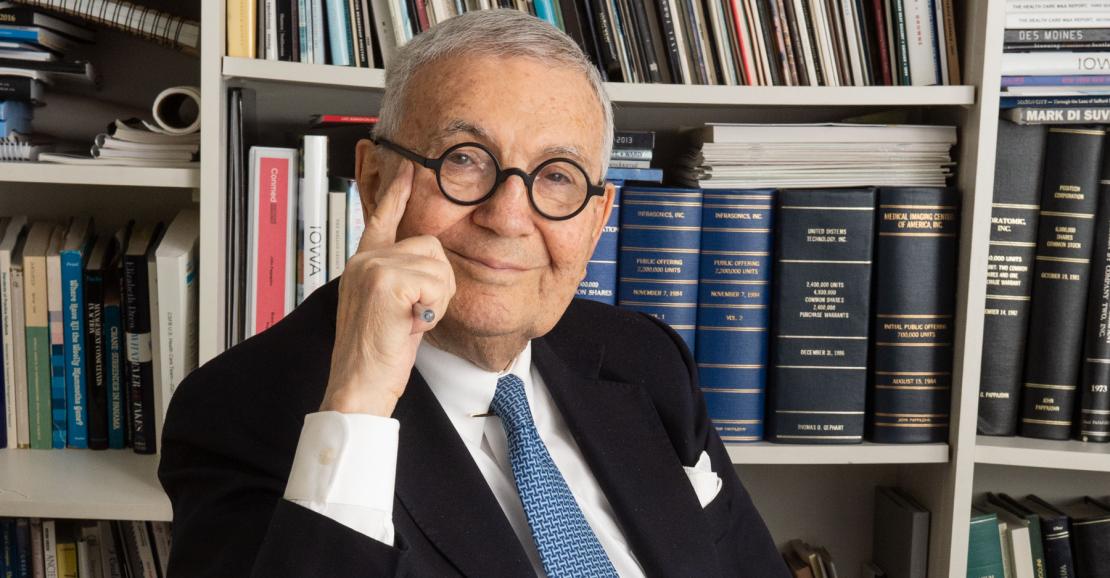 In the fall of 1996, Mr. Pappajohn established the John Pappajohn Entrepreneurial Centers at five Iowa universities and colleges – Drake University, Iowa State University, North Iowa Area Community College, The University of Iowa, and the University of Northern Iowa. He has funded the various Centers for more than $30 million. These centers have helped create and launch 1000s of companies throughout the years. Although each entrepreneurial center has defined its own mission and serves the state in the manner consistent with its particular strengths, each Center has the same ultimate purpose: to enhance the effectiveness of Iowa’s entrepreneurs.